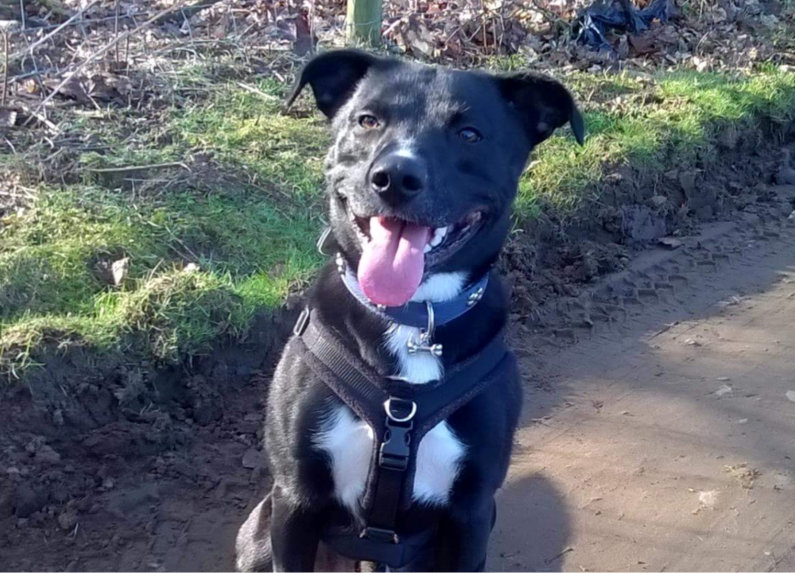 Rocco (3) is a Labrador-Border Collie mix that started on a raw food diet
2 years old.
Rocco is a participant in the Long Living Pets Raw Feeding Study.

“Rocco was originally fed a mix of kibble and wet food in trays (some kind of meat with vegetables and/or rice or potato) for just short of a year after we adopted him. I decided to give raw a try after I noticed he seemed to stop enjoying his meals. He has now been raw fed for roughly 3 months, and he has gone from messing with food to loving everything which is given to him! More importantly, his coat is much shinier, his breath no longer smells, his teeth are beautifully white and he goes to the toilet much less. He’s also gotten much calmer, settling easier and being more responsive to training. I wish I’d switched to raw sooner!”

Again a great testimonial to a raw food diet. How anyone can be against raw food seeing such wonderful improvements is mindblowing to me. Imagine how much better this dog and many others feel mentally and physically when allergies and other complications are gone. That’s what we must focus on.  What is best for our pets? Nothing else matters! It comes down to taking responsibility for your pet and do your own research.  I hope these stories that I have NOT solicited will put those that do not feed raw and have a dog with any type of health challenges on the path to look into changing the diet.

This confirms my core belief and the foundation for my approach to keeping our pets healthy.  The body will heal itself when given the nutrients to do so. Best way to accomplish that is through a species appropriate diet. It also important to remove any obstacles that can prevent this process. In short, we add the good stuff and remove the bad.