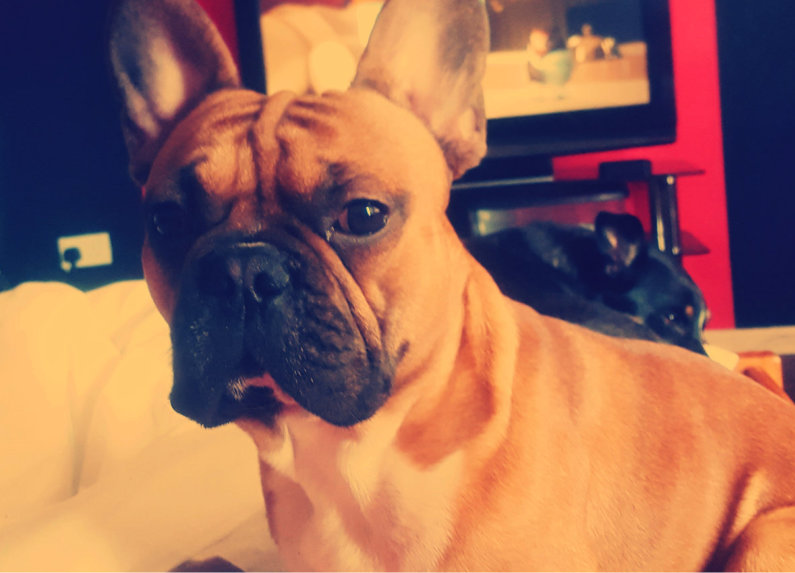 Dexter (3) is a French Bulldog from Scotland that started on a raw food diet 3.5 years old.

Dexter is a participant in the Long Living Pets Raw Feeding Study.

“Dexter was a polish import (we discovered he came from a puppy farm) so our concerns for his health were high since day 1. The breeder was feeding him pedigree so straight away we put him on a variety of good brand kibble (James Wellbeloved etc) however he would never have a solid stool. We started on raw with him and discovered he was allergic to chicken. However, after we addressed this problem he hasn’t had a loose stool. We are starting to get more DIY raw and Dexter loves his duck necks and turkey feet! He is doing so much better on raw and when he was on kibble he was too skinny you could see his ribs whereas now in the picture I think you can see he is quite the chunk!”

Another little fortunate carnivore finding relief with raw food. Again we see how the right diet helps the body find balance (homeostasis). All species have this desire to be in this stage since that is when everything works together as a whole. In this balanced stage, the body can defend itself again most pathogens. It is the ultimate defense (immune) system.