Dogs have been our best friends for at least 23,000 years 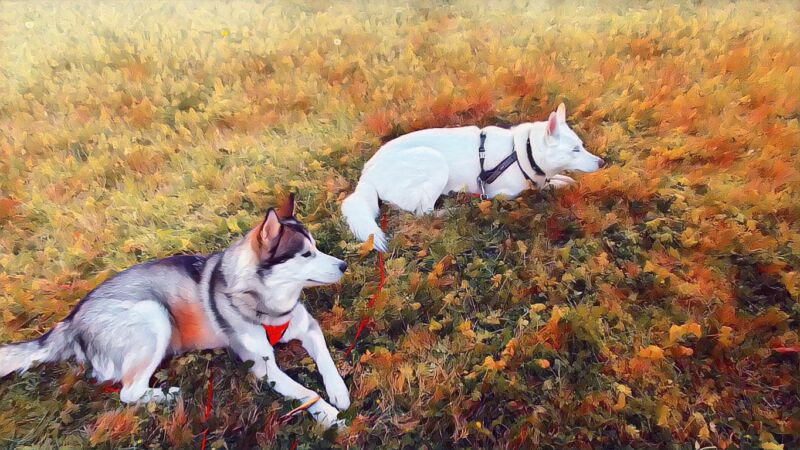 Dogs tagged along with the first humans to venture into the Americas, according to a recent study that analyzed existing collections of canine and human DNA. The results suggest that people domesticated dogs sometime before 23,000 years ago in Siberia, where isolated groups of wolves and people were struggling to survive the Last Glacial Maximum.

A tail of two species

Researchers generally agree on how dogs evolved (more on that below), but the when and where have remained more elusive. Durham University archaeologist Angela Perri and her colleagues used genetics to try to narrow it down.

Because genomes collect small, random mutations at a predictable rate, geneticists can compare genome sequences and tell how long ago two animals last shared a common ancestor. Perri and her colleagues used already-sequenced genomes from ancient and modern dogs to calculate when populations had split or interbred, and then they repeated the process with human genomes.

Their results suggest that people in northern Siberia domesticated the first dogs sometime before 23,000 years ago.

So far, the remains of the very earliest dogs are almost impossible to tell apart from wolves. Their skeletons, their genomes, and the isotopic signatures of their diets all look so much like wolves that archaeologists can’t reliably say who’s who. The oldest animal that’s clearly a dog lived […]