Many improvements after switching to a raw food diet. 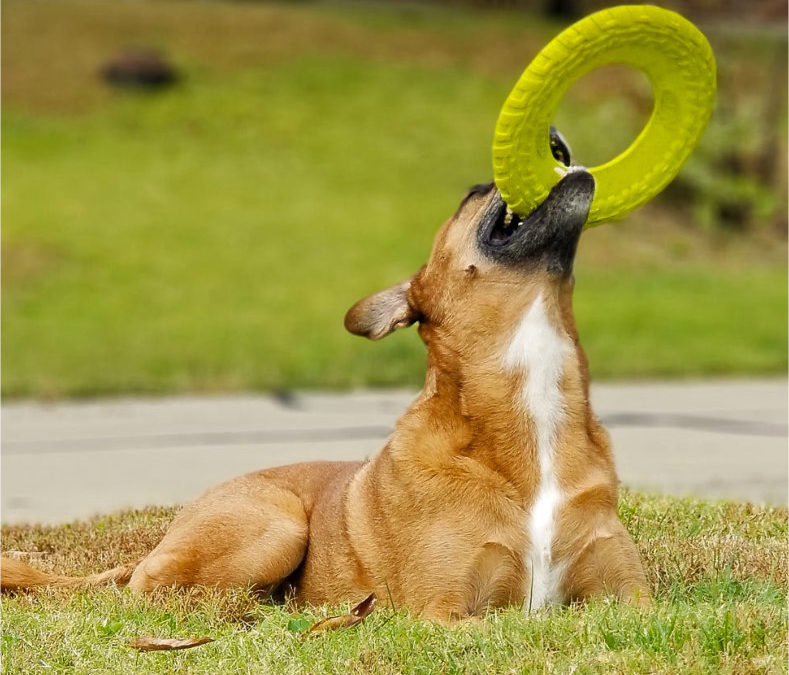 Bentley (5) is a Shepard-Boxer mix from M) that started on a raw food diet 2 years old.
Hugo is a participant in the Long Living Pets
Raw Feeding Study.

“Bentley was adopted on 3/7/2017 from a city animal shelter, taken home and was put on Blue Buffalo Blue Wilderness dog food as I had heard it was the best. I fed him like any other dog but with expensive food. He ate it but I could tell he wasn’t happy with it as he seemed to push the food around with his nose and walk away from it many times. He drank a bunch of water after he ate and when he pooped it was like a huge pile of smelly soft serve. His coat was dull and rough, his teeth were dirty, his breath smelled and he farted all the time. Coincidentally, two months after I brought him home I watched a documentary called “Pet Fooled” which both scared, and educated me as to what dog food is made of and it sent me on a mission.

After doing more research online into the Vets from the documentary and into how pet food is made and what is allowed in it, I made the decision to never feed pet food to Bentley again and immediately switched him over to a raw food diet. Surprisingly there were no adverse reactions to the switch, in fact he loved his new diet of chicken leg quarters once a day, then for another meal a mix of meat, mackerel, tilapia or sardines, chicken feet, spinach or green beans, blueberries, sometimes turkey necks, marrow bones, turkey wings, chicken or turkey hearts, liver, gizzards, and fish oil pills occasionally.

Within a month or so he began to shed his old coat and a softer, shinier new coat came in, his poop went from 2 or more inches in diameter to less than an inch in diameter, he stopped farting… I mean I don’t hear or smell them anymore, he doesn’t have that dog odor anymore or dander that so many dogs have and he hasn’t been bathed in over a year (bad experience at groomer) but he does like to go swimming in the nearby ponds a bunch. He drinks so much less water now except after exercise I thought something was wrong until I learned that kibble puts your dog or cat into a permanent state of dehydration which is why your pet needs so much water to help push that poison through there system.

You can find out more about Bentley’s diet and life on Instagram #rdbentleyandme and his website at www.rdbentleyandme.com.

Thanks for taking decades out of your life to improve our pets health. Hopefully open minded pet owners will see the wisdom of a prey model diet and realize kibble and canned is poison for your pets.” 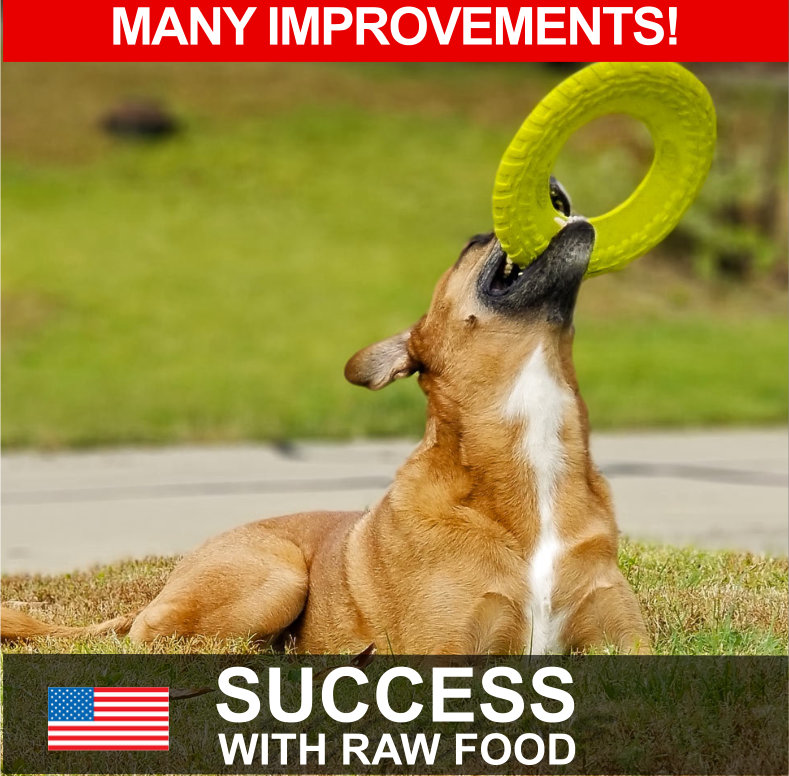 Another among thousands of dogs that could not improve on a kibble based diet and made dramatic improvements when switched to a raw food diet.

Raw food allows the body to establish homeostasis (balance). In this state, it will heal itself. I have seen this work hundreds of times. I have never seen this NOT work.

If you have a dog with any of these issues and not sure about what to feed or do, please contact me.