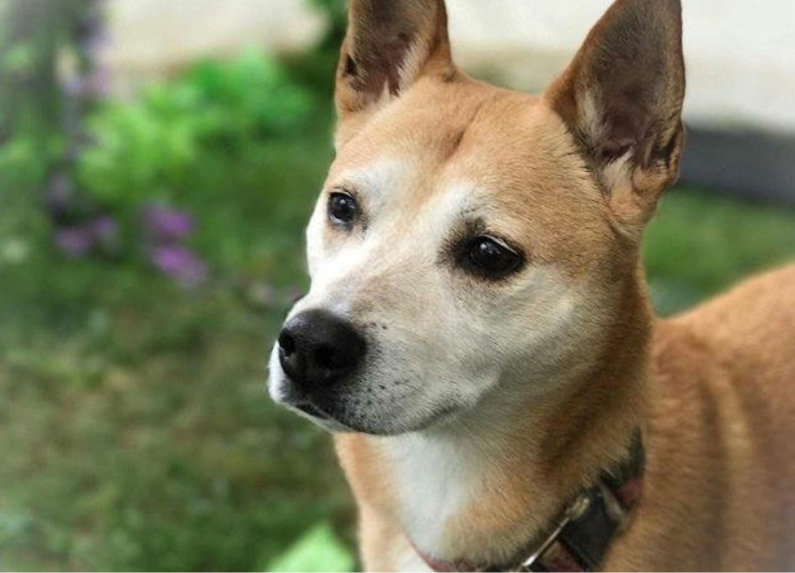 Kai (11) is a Huskey/Staffy Mix from the UK that started on a raw food diet 6 years old.

Kai is a participant in the Long Living Pets Raw Feeding Study.

“I used to feed (UK) Butchers and Bakers when she was a puppy. I recoil at the horror of this now. She then became fussy and I would feed her any kibble that I could get her to eat. I then started to look at the food itself and realised what awful things I was feeding.

I switched to raw and her apetite improved and her coat became incredible. However she started to eba little off about a year later. I went to five different vets who all told me that her raw diet was causing her stomach discomfort (no fibre, not appropriate blah blah). Finally one vet agreed to scope her because she was convinced there was a bone stuck in her stomach. She discovered a tumour at the pylorus blocking the stomach from emptying. She had surgery to remove it and the recovery was difficult as she went in to such a state of inflammation she could not even keep water down.

We nearly lost her, but she fought and pulled through. She was so fit and healthy otherwise from raw, I really put that down to getting her through it all and then helping her bounce back and recover so fast! She is 10 now and so far so good…. People always remark how young she looks and acts! She is fed Nutriment Raw”

Some of you may know that I have been documenting dogs with cancer since 2000. From these hundreds of cases, I have pretty much seen it all. I can share that this case is unique when it comes to the recovery part. This is a very invasive but necessary surgery and I do not see many dogs recover quickly from it. I completely agree that this dog fed a raw food diet (prior to the surgery) contributed to her recovery and also helped to prevent cancer from returning. Sadly, in most cases, cancer will return when the dog stays on a kibble diet.

The main reason being a longer recovery time due to a weak immune system. Combine that with several medications that are administered long term that often have serious side effects cause these poor results when it comes to recovery. In my opinion, a full recovery is close to impossible, unfortunately.

It does not help that most veterinarians are against raw feeding. The main reason they give is a weak immune system that can’t protect the dog from possible parasites found in raw meat. In my opinion, raw meat is the only hope for a full recovery of the immune system and exactly what a dog out of homeostasis need. Yes, the immune system is compromised but the protective acids in the stomach are still there and will kill most pathogens. Again this is my opinion, most vets will disagree and ask for scientific evidence. I don’t have that but I know many would not have their dogs alive if they waited for such evidence.

Please do your own research. I’m not telling you to stop any medication and go to raw only. I just share what I have experienced hoping that will trigger an interest to look further into this. There is no doubt from my experience that raw fed dogs recover from injuries and surgeries faster than those on kibble. That means that the time they are on medication (if any) is cut down drastically which is another huge benefit to the dog.